Bollywood celebs and their wardrobes are the talk of town all round the year. One celebrity whose sense of style you may or may not like but you can’t help notice is that of Ranveer Singh. His quirky flamboyant outfits and his sense of humour is a undeniably a fresh touch that the fashion world needs right now. Indeed some of the outfits perhaps are beyond our comprehension but we can’t help but notice that on Singh everything looks great. Be it blurring the gender lines while choosing to wear a nose pin or draped in a classic suit, Ranveer has style tricks up his sleeve unlike any other person we know. His stylist, Nitisha Gaurav ensures that his personality shines through the clothes he wears. So here are the ten times his style choices made him the talk of the town:

Pleated Skirts: Twirly, bouncy, skirts with pleats paired with a smart bandhgala, an unexpected combo was carried by Singh during the promotions of Baji Rao Mastani. He looked as dapper in the skirt as he would do in a suit, perhaps even better. ‘Twas an outfit befitting the Peshwa, the role that he played in the movie. Gladiator Sandals: Who would have thought that gladiator sandals looked great with fusion wear until Ranveer Singh came along wearing one. We have not seen a man carry strappy gladiators until Singh showed us how it is done paired with an array of both Indian and western wear. 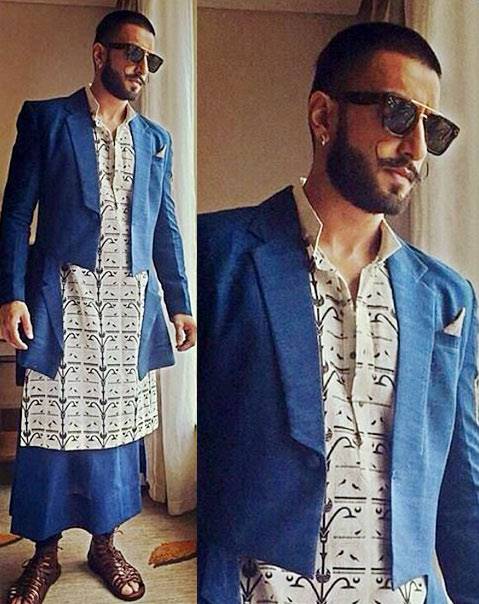 Prints on Prints: If anyone could pull off a clash of prints, it has to be Ranveer Singh. Running about the town dressed in mis-matched prints that would make the rest of us mere mortals look like we were let loose from the circus makes him look cool and in a good way too. 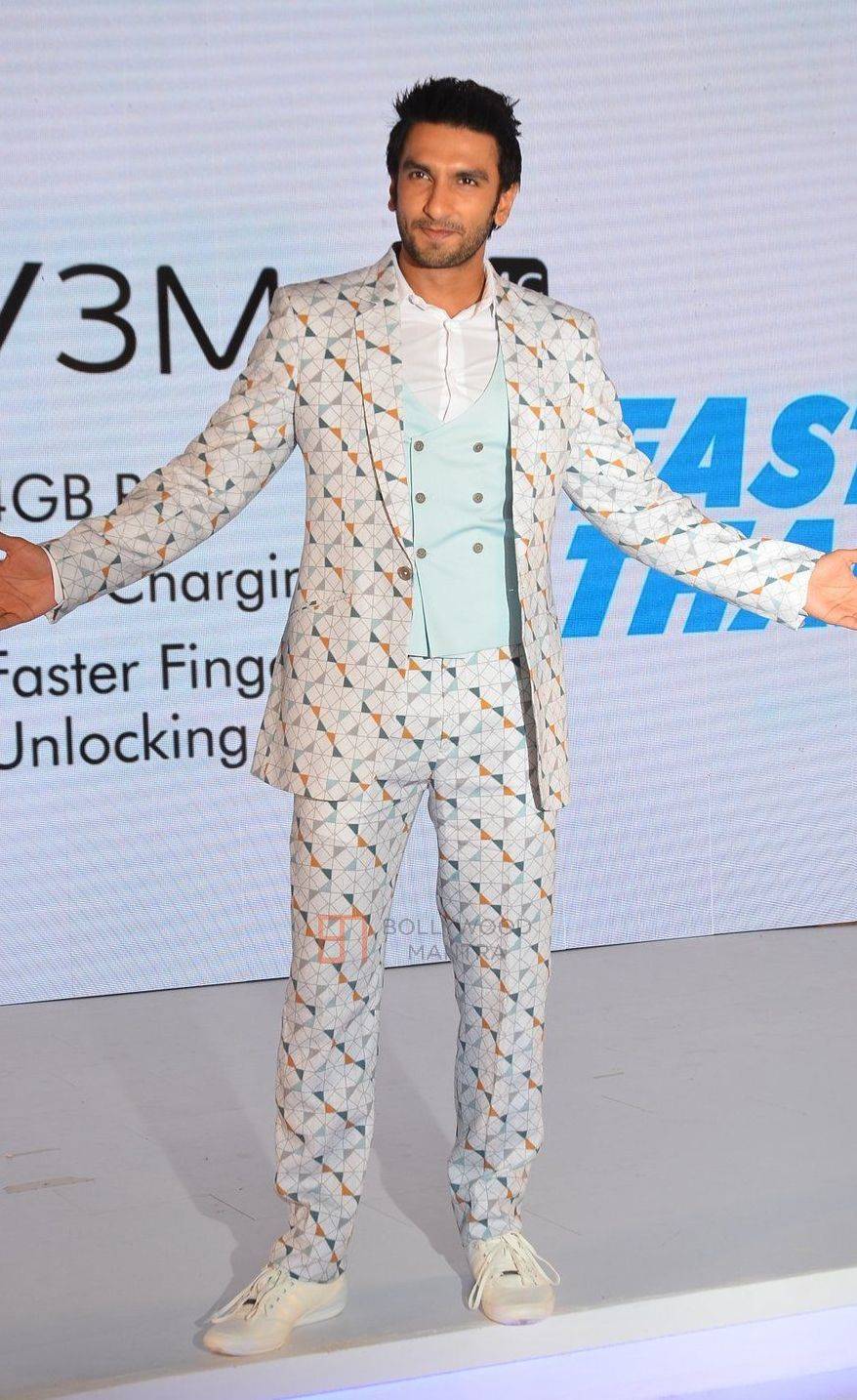 Quirky Glasses: Suits and funky eye-wear may not be a thing for us on the daily. But Ranveer manages to work suits with big black framed spectacles making a case for funky eye-wear and smart dressing. 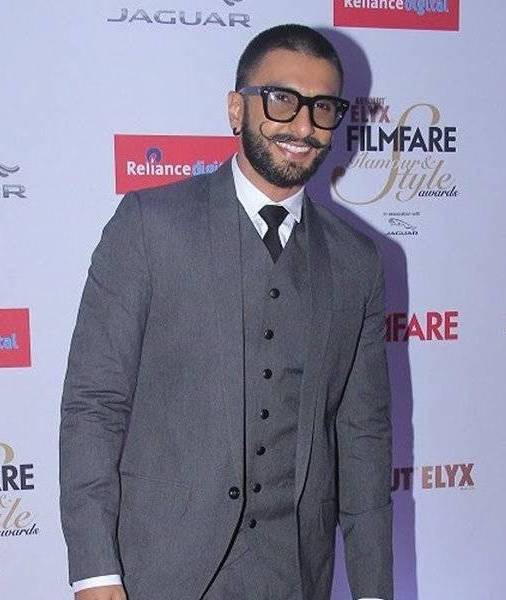 Floral: The man wears too much floral. But we are not complaining. He has an uncanny ability to carry off his floral outfits and look cool while at it. And he mixes up these floral prints in loud colours and boldest combination from his suits to bomber jackets. 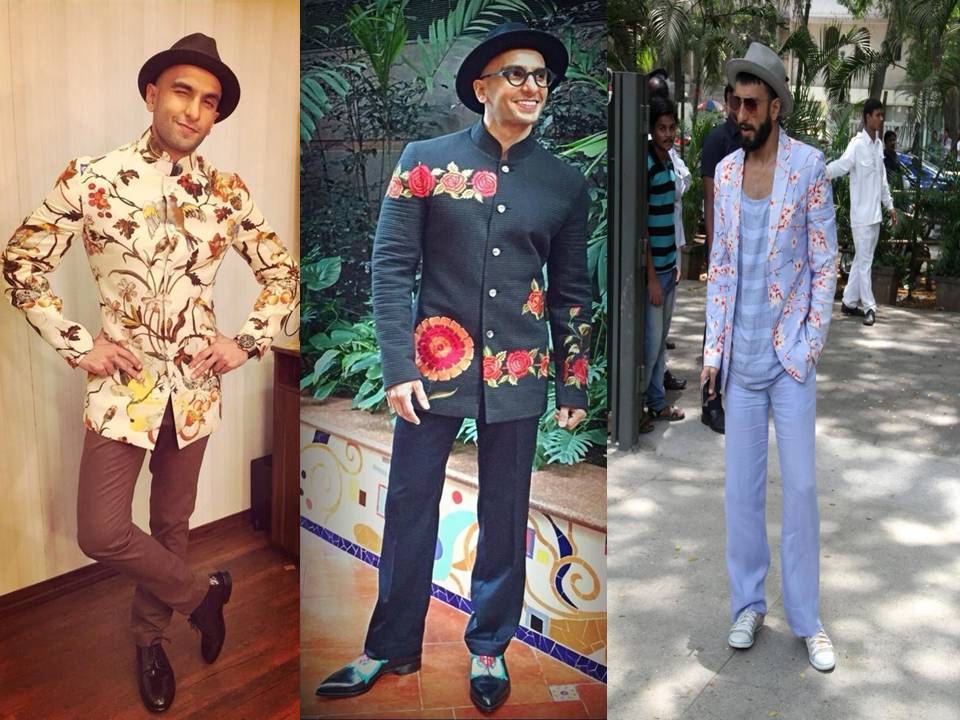 Jewellery: Few men can wear a septum ring and look as good as Singh who did so for the cover of L’Officiel India and in a pussy-bow shirt. He has also worn earrings on several occasions especially in his movies as well as sport cocktail rings for Grazia shoot and several other appearances. Jewels become him so well. 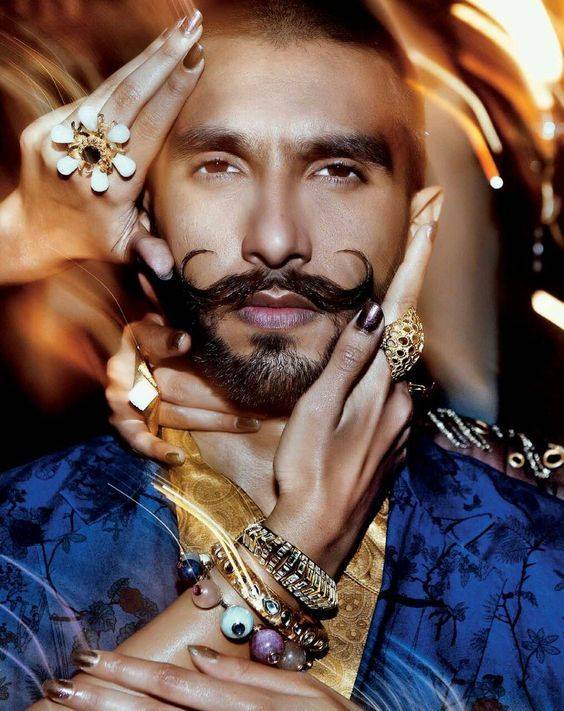 Nightgown and Slippers: We have lately seen nightwear being thrown on as an undone look in the runways of recent past. So it wasn’t too late until Ranveer Singh was spotted pairing a silk nightgown with Sylvester Slippers at an award ceremony with such elan. It’s the best “right-out-bed” look we have seen in a while. 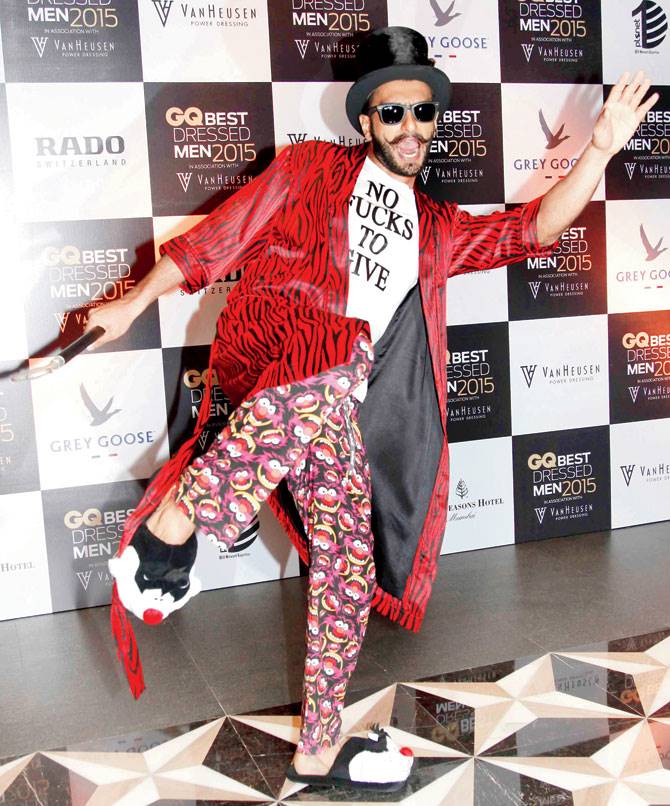 Casual Formal: Most people would only wear formal shoes with formal attire. But not Ranveer Singh. Hence he decided to wear a suit with casual sandals which might off seat us a little. But this man isn’t afraid of experimenting and the results are anything but a fail. In other words, he is charming and dapper even in the casual formals.

Quirky Accessories: The man is not afraid of experimenting with accessorizing. Be it carrying clutch shaped as an amplifier or wearing big fat glasses or fedora hats and shoes that match each of his outfit in bold colours and shapes. Accessories set him apart from the crowd. 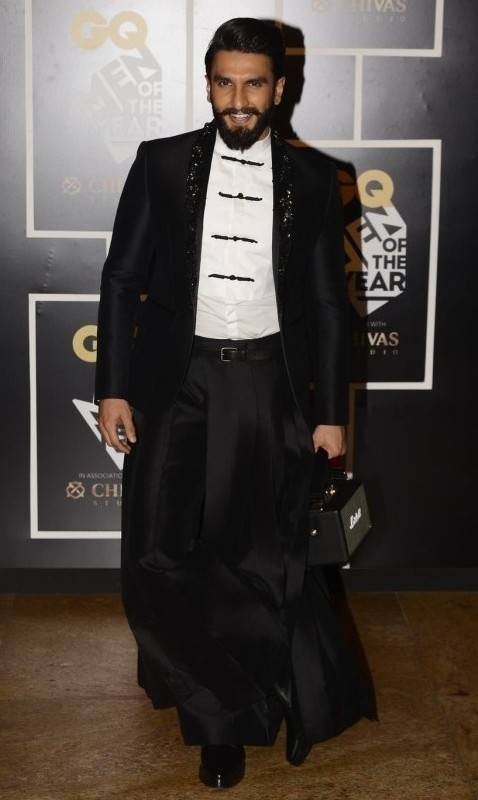 Ethnic: The options for ethnic wear for men are mostly seen as a Sherwani. But here too Ranveer has gone way ahead of any of his male co-stars in making ethnic wear look great and experiment with it. From pairing embroidered Blazers with wide trousers and churidar and gladiators to donning Nehru jackets and regular Sherwanis, the man never fails to add an edge to ethnic wear. Ranveer Singh hardly plays safe. He is the designer’s darling who can pull off anything without even a slight discomfort. He is both a gentleman dressed sharply as well as a hipster whose imagination runs wild and colourful. Ranveer ensures that he makes an appearance each time. And we are hopeful that he shall continue to amaze us in the days to come.

LASTINCH is a fashion brand for all sizes specialising in Plus Size Western Clothing, it was introduced in India in the year 2014 with a motive to bring latest trends & styles for Plus Size Women. Through our vast range of fashion clothing we are trying to make every curvy girl/woman feel special despite of her size. We have extended our size range and providing from Size 8(XXS)-32(8XL)

You can see how this popup was set up in our step-by-step guide: https://wppopupmaker.com/guides/auto-opening-announcement-popups/

Our Spring Sale Has Started

You can see how this popup was set up in our step-by-step guide: https://wppopupmaker.com/guides/auto-opening-announcement-popups/