Plus size fashion has been making an impact on the fashion industry slowly but surely. It has been gaining momentum ever since fashion bloggers and body positive activists have taken to social media and other digital publications to express their sentiments against societal discrimination. 2016 has seen the plus size movement gather a momentum. The size diversity movement has gone onto gain acceptance and promote not only body equality but also acceptance of physical disabilities, skin color, gender and culture differences as part of a broader perspective of equality. 2016 remains to be a landmark in the movement’s history.

The major highlights of the year was how social media gave a new meaning to the movement through empowering visuals and the freedom to express one’s thoughts freely. 2016 saw plus size fashion reaching another level through the breakout of Ashley Graham when she graced the cover of Sports Illustrated Swimsuit Edition, got a Barbie to her name, made it on the cover of Maxim, came out with her clothing line and succeeded Tyra Banks as mentor and host in the latest season of America’s Next Top Model as well as got her first Vogue cover with British Vogue.

Or Swimsuitsforall campaign that wanted to break stereotype that a woman can wear bikini only at a certain body type or a certain age starring models like Graham, Philomena Kwao and Nicola Griffin.

Plus size blogger and designer, Nadia Aboulhosn was on the cover of Women’s Running.

And the list doesn’t remain confined to only the women but even male plus size models have been able to make their mark on the industry. Zach Miko made headlines for being the first male model to be signed on on by IMG Models. 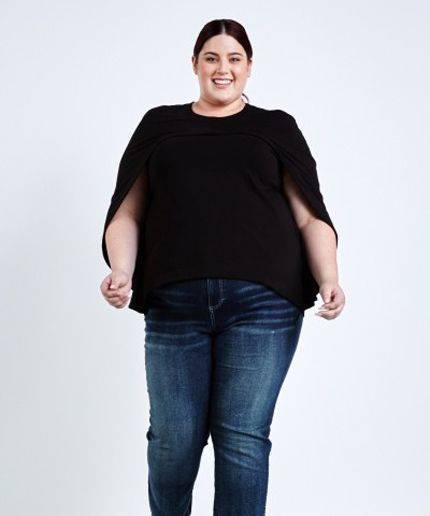 Designers like Christian Siriano introduced his Spring 2017 with plus size models which shows the fashion industry can no longer ignore plus size people.

Bloggers and activists have played a major role in creating this tolerance in fashion and our daily lives. Bloggers like Gabi Gregg whose feature in Ebony Magazine’s March Issue entitled the “Body Brigade” alongside singers like Chrisette Michele and Jazmine Sullivan and actress Danielle Brooks addressed body issues and acceptance among black women.

Indian plus size blogger and body positive activist based in Singapore, Aarti Olivia Dubey called out Instagram when Instagram deleted a picture of her along with her two friends in bikini. Instagram had to apologize and restore the picture which shows that plus size people shall no more be pushed back or taken for granted.

On the home side, Lakmé Fashion Week had its first plus size runway show styled by Little Shilpa.

Two of India’s leading magazine Cosmopolitan and Elle India featured everyday women who are confident in their own skin and shared their own stories.

It was definitely a moment to cherish as the first steps towards size diversity in our country. Increasing number of woman and men had taken to the social media, blogs and print media to create an atmosphere of tolerance through sharing their stories of struggle, confidence and courage.

Indeed 2016 has been a great year for the plus size fashion industry. Despite the fact that a stigma still surrounds anybody who is not perceived as ‘normal’ by the society, the movement has made a greater impact in confronting such issues and dealing with the rights of individuals. The Indian Fashion industry has a lot of catching up to do in this regard because given the few examples, the body positive movement is all but weak except for the few handful bloggers and fewer online retailers who take to social media and print media to express themselves or cater to the needs of plus size men and women. However this year we are hopeful of the changes that may come our way and make a lasting impact on us and our society.